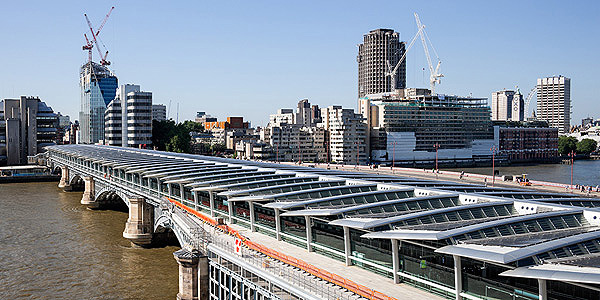 The Blackfriars solar bridge stretches across the River Thames, transporting thousands of commuters every day from South London out of one of the busiest stations in the city. The station already accommodates electric trains, which make public transportation even more green, but with the new solar bridge that took five years to complete is expected to make the station even more sustainable. First Capital Connect, which runs Blackfriars, estimates that the 4,400 photovoltaic panels will divert 511 tonnes of carbon emissions each year, drastically reducing the station’s carbon footprint.