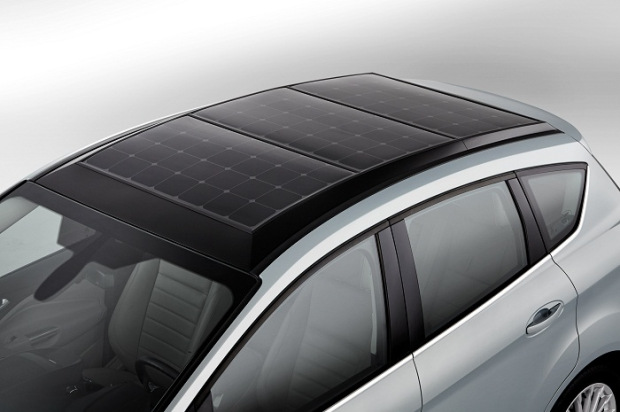 Ford has unveiled plans for a prototype solar-powered hybrid car.

The Ford C-Max Solar Energi Concept has a solar panel system on the roof which tracks the position of the sun. The company said it can draw power equal to a four-hour battery charge.

Fully charged, the car could travel for up to 21 miles powered just on electricity.

The concept car will be on display at CES in Las Vegas before testing begins to see if production is feasible.

The solar panel roof will use a separate off-vehicle solar concentrator lens, similar to a magnifying glass, to ensure it absorbs enough energy. The Fresnel lens will follow the movement of the sun from east to west and direct sunlight to the solar cells which project researchers say boosts the impact of sunlight by a factor of eight.