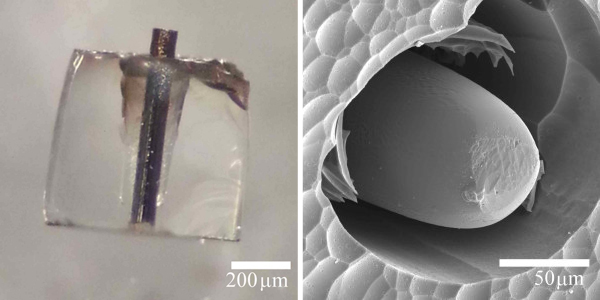 A new method of producing solar cells could reduce the amount of silicon per unit area by 90 per cent compared to the current standard. With the high prices of pure silicon, this will help cut the cost of solar power.

They recently published their technique in Scientific Reports. Their processing technique allows them to make solar cells from silicon that is 1000 times less pure, and thus less expensive, than the current industry standard.

Glass fibres with a silicon core
The researchers’ solar cells are composed of silicon fibres coated in glass. A silicon core is inserted into a glass tube about 3 mm in diameter. This is then heated up, so that the silicon melts and the glass softens. The tube is stretched out into a thin glass fibre filled with silicon. The process of heating and stretching makes the fibre up to 100 times thinner.